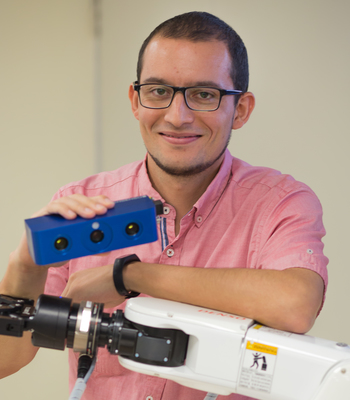 I'm from Bogotá, Colombia. Currently in Singapore. Passionate about robotics, technology and football.

These instructions are for installing OpenRAVE in Ubuntu 14.04 (Trusty). For the official documentation of OpenRAVE, please refer to http://openrave.org.

From my experience, the best way to install OpenRAVE is to build it from source.

You need to install the following programs:

Next, you will need to install the following libraries, which are available from the Ubuntu package repository:

Now, get the collada-dom-dev package. If you are installing OpenRAVE is very likely that you have already installed ROS Indigo. In that case, you can install collada-dom-dev directly:

If you are not planning to use ROS, install collada-dom-dev from the OpenRAVE PPA:

OpenRAVE requires OpenSceneGraph 3.4, so we have to build it from source:

Now you can build and install OpenRAVE (Tested with commit 81ec501):

You can check that your installation works by running one of the default examples. For example:

It should start the graspplanning example:

You may see some messages printed in yellow on your command line but they are just warnings that won’t prevent your installation from working.